History of magnesite processing in Jelšava goes back to 1893 when according to a record from city chronicle 2nd of June local account clerk-  Juraj Farkaš presented a report that two “stones” found in Dúbrava were magnesite - mineral which was serached all over the country.

Year after deposit discovery city and businessmen Uhliarik and Mansfeld signed a contract about deposit use. Right after this a historically very first mining in place called “Hungry side” and very first magnesite firing was realised. Due to a big demand for this product businessmen started to revolve about production expansion, but these activities were aborted by First World War. 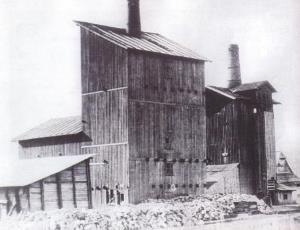 Czechoslovak republic was formatted in 28th of October 1918. In the same year Magnesite industry adventure signed a contract with the city about new plant construction. Building started in 1921 and based on permission 8 table shaft kilns Ignis type (each shaft kiln with capacity 10 tons per day) were erected together with other technological equipment. Plant capacity at that time was 26 000 tons of clinker per year. New plant trial production had begun 16th of September 1923 and that is the date from which a company history is dated. 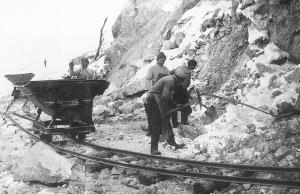 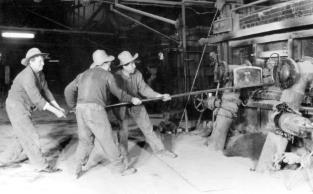 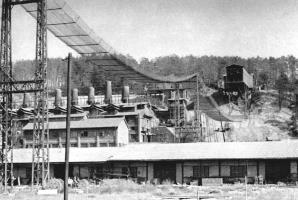 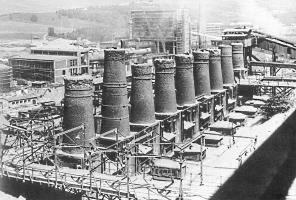 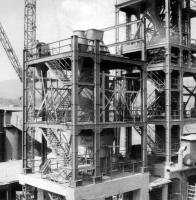 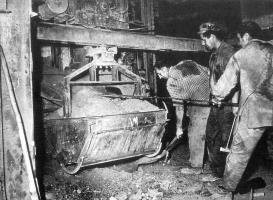 In the sixties of last century Jelšava was preparing construction of mining and sintering units. First presumption for construction approval was evaluation of reserves in deposit Dubrava massif. Basic surface searching geological research was realised in 1955-1965 and later in 1982 - 1983 was realised underground preliminary deposit research. Both researches were very positive and confirmed big reserves. Therefore Dúbrava massif was assigned into biggest magnesite deposits in the world and prepared for big company construction.

Based on elaborated projects building of mines Dúbrava and Miková has started in years 1961-1962. Original project was designed for a surface mining method, but new project has calculated with transition to the underground.. 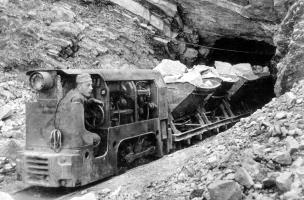 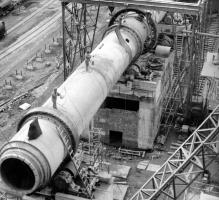 In years 1961 - 1972 was Jelšava installation the biggest producer of bulk material within SMZ Košice plant and great world refractory producer. 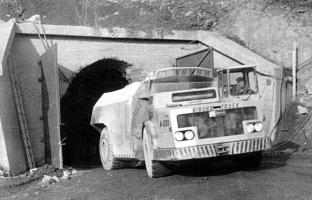 Third part of factory construction was focused on ecology. In years 1972 - 1978 were installed cyclone blocks, mill and briquetting unit. Third degree of de-dusting was a definitive solution in environment field. It consisted from 120 metres high chimney and hose filters and started to operate in 1984.

Other substantial changes had begun after a soft revolution in 1989. In 1990 a reorganisation took place and later in 1st of January 1993 was state plant SMZ Jelšava divided into 10 separate and independent state enterprises. SMZ Jelšava was independent only short time but it was difficult times because of RVHP market disintegration. Production capacities at that time were operating only at 48 %.

Significant milestone in factory history was date 3rd of December 1993 when employees of SMZ state enterprise established a joint stock company. At that time it was a privatisation period and Slovak government approved it in 1994. From April 1994 enterprise is owned and operated by SMZ, a.s. Jelšava. 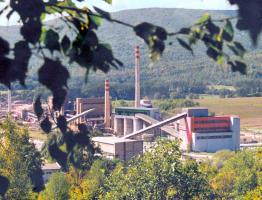 After formation of joint stock company, market consolidation and creation of sufficient financial reserves firm re-opened its investing activities. They were mainly aimed at decreasing of production energy intensity, environment and buildings reconstruction. Later in a year 2000 shaft kiln No. XIV was erected. The biggest investment in company modern history was mine opening at level 220 m in Miková deposit which enabled mining of raw material for next couple decades.

In 2003 company bought installation Bočiar (close to Košice) where dust firing and processing is realized.

In the same year (2003) SMZ, a.s. Jelšava had bought 67 % of shares from company GENES Hnúšťa which secured a source of strategic raw material. Two daughter companies were established - Revimex and Komateq (2004). They were focused to the sale of the products and purchase of strategic input raw materials. Also in year 2004 were established another daughter company - SMZ služby which serves as service for all non-productive activities of the mother company.

During its 90 years of opration SMZ company had met with many negative situations. However it still could find solution and thank to that it is today one of the leading companies for dead-burnt and caustic calcined products. Warrant for next development is big raw material reserve, sufficient production capacities, existing developed market a professional manpower.

Magnesite works in Jelšava is the greatest mining and manufacturing magnesite plant in Slovakia. Nowadays, it is a property of joint-stock company and it has gone through over 100 years old history. During the time of its existence the company went through different kinds of transformation process. After breaking-up of the state concern SMZ Košice, on 1.1.1993 there was established the state concern SMZ Jelšava. On 16.2.1994 the plant was registered in the Commercial Register as a joint-stock company.